To share your memory on the wall of Howard Solley, sign in using one of the following options:

To send flowers to the family or plant a tree in memory of Howard Solley, please visit our Heartfelt Sympathies Store.

We encourage you to share your most beloved memories of Howard here, so that the family and other loved ones can always see it. You can upload cherished photographs, or share your favorite stories, and can even comment on those shared by others.

Posted Jul 07, 2021 at 09:08pm
I just heard about Howard passing. I am so sorry. I loved working with him and John Schaffner at CECO. We used to call them Butch and Sundance.
Comment Share
Share via:
DW

Posted Jun 21, 2021 at 02:04pm
Truly my soul finds rest in God,my salvation comes from him. Psalm 62:1
In Deepest Sympathy to Howards Family.
New Howard well, glad to call him friend, worked with him at Chandler Evans many years.
Donald Wilde
Comment Share
Share via: 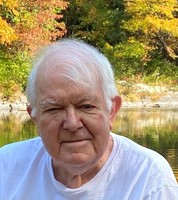