To share your memory on the wall of Bruce Thompson, sign in using one of the following options:

To send flowers to the family or plant a tree in memory of Bruce C. "Wicker" Thompson, please visit our Heartfelt Sympathies Store.

We encourage you to share your most beloved memories of Bruce here, so that the family and other loved ones can always see it. You can upload cherished photographs, or share your favorite stories, and can even comment on those shared by others.

Posted Jan 30, 2021 at 02:23pm
Sarah and Bruce's Family,
We are so sorry for the loss of Wicker. His weekly sports chat at work will be missed.
Thinking of you,
Donnie and Heather La Marr (Eversource Central Projects)
Comment Share
Share via:
T

Posted Jan 29, 2021 at 06:58pm
Wicker I will miss you. We had great times and memories. Lori and I enjoyed our December weekend in NYC immensely with you and Sarah. RIP my friend. 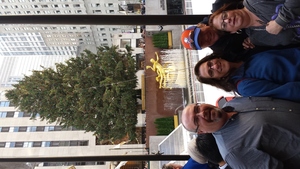